Pokemon Go is an app with a simple idea which is recalling our childhood memories. The majority of the app’s users are adults who used to play this game, watching the cartoon and collecting the cards to compete with their friends! Pokemon Go app is concentrating on the user’s psychological side and getting back Pokemon’s fans and collecting new fans. The game is depending on your mobile’s GPS and clock to determine your location and then your Pokemon will appear anywhere around you to catch it. The main reason of spreading this app is because it’s free and anyone can download it. Another reason is because Pokemon’s fans wished that their Pokemon is real, and this app make them feel that their Pokemons are there in the real world.  and that helps in spreading the game all over the world and it becomes a “pokemon Go Trend”.

Many companies used Pokemon Go trend in marketing their products and services.

There are many Egyptian companies are using this hype to widen their market through their social media channels like Facebook using posts, designs and marketing messages.

The Pokemon Go hype is still in the beginning specially that the official edition is not available in the Android and iOS app store yet. It’s expected that more companies will use Pokemons to market their products and services in the next days. 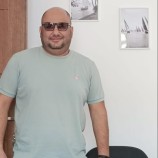