Officially: After 25 years, Internet Explorer is Out of Service!

After 25 years of service, Microsoft officially puts the headstone for Internet Explorer!

In August 2020, Microsoft decided to end the journey of its most famous yet controversial web browser, Internet Explorer, replacing it with Microsoft Edge, the new web browser of Microsoft.

Every single day, the digital world gives us lessons in how essential you have to develop and improve yourself to cope with the new, fast, and competitive variants. And in 2020, Internet Explorer was the lesson!

Not enough? Think about the long loading time it takes to perform a single web search!

Yes, it’s been years since we all experienced those issues, and it was not new to Microsoft to hear about such issues, but once again the result of not developing was the inevitable disappearance.

Based on an infamous background of Internet Explorer’s reported issues from security issues, performance lag, and other successive issues over the years till our day, putting an end to this outdated browser was the only solution!

How users received this news?

And in this, users went into different teams. One team who has long waited for such a decision and can’t wait for IE to disappear,

Web developers were the happiest among all,

While the other team is in remembrance of their time on Internet Explorer even with its bad experience, and are nostalgic for their memories using IE.

And another confused team,

Sarcasm around Internet Explorer never ends, even while it is leaving forever,

Actually, It’s not only Internet Explorer that has come to an end, but also Microsoft announced that of Microsoft Edge Legacy, the former product with the same name of its new Microsoft Edge browser, is out of service too!

Microsoft holds hopeful expectations about its new product, Microsoft Edge, as it has invested great efforts and long expertise to come up with this product as a replacement for the most famous web browser over the years. So, Microsoft is so excited for the users to try it out and eager to hear about their feedbacks on using it.

For now, it is highly recommended to upgrade to the new Microsoft Edge if you were still using Internet Explorer to gain an early familiarity with it and catching any anticipated challenges before Internet Explorer disappears forever.

Microsoft is a legend in the web technology industry and any featured product from it will be as legendary as its parent company with no doubt.

But in the sever digital world, will Microsoft Edge regain users’ satisfaction after their long infamous history with Internet Explorer? Will Microsoft Edge be as competitive as the strong and popular web browsers like Chrome, Safari, Opera, and others?

The answer to all those questions will be revealed in the next few months. 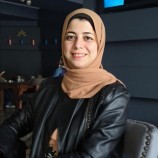 Introducing Google Currents after the Shutdown of Google+

In the digital world, things die to bring new ones to life! And that exactly what happened to

Google Plus Shut Down: the Rise and Fall of the Social Network

For some time now, Google has been trying to find its own version of Facebook. Following other failed

5 Actionable Ways to Save your Business (During Covid-19)

A lot has changed over the last few months for most of the commercial landscape. The presence of